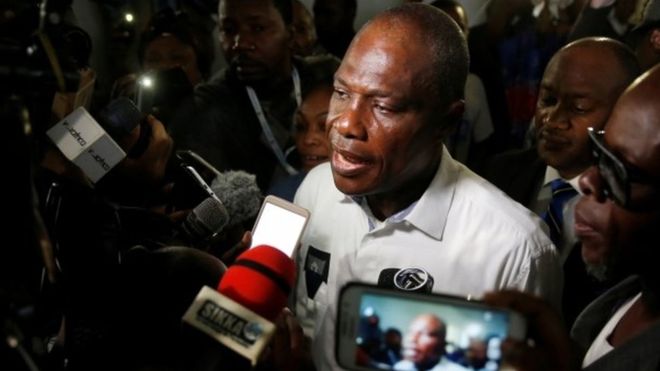 The defeated opposition candidate in DR Congo’s presidential election has vowed to challenge the result in court.

Martin Fayulu told the BBC the people of the nation deserved to know the truth of the election, which he said had led to a “coup”.

Another opposition candidate, Felix Tshisekedi, was declared the winner amid accusations of a power-sharing deal with the outgoing president.

The election was to choose a successor to Joseph Kabila, who has been in office for 18 years.

The result if confirmed would create the first orderly transfer of power since independence from Belgium in 1960.

The influential Catholic Church, which posted 40,000 election observers, said the result did not match its findings.

What has Mr Fayulu said?

Speaking to the BBC’s Africa editor, Fergal Keane, Mr Fayulu said he would challenge the declared result in the constitutional court.

“I will do whatever is possible for me to do to get the truth because the Congolese want change,” he said.

Mr Fayulu admitted such a challenge would have little chance of success as the court was “composed of Kabila’s people” but he said he did not want to give his opponents any chance to say he had not followed the law.

“Felix Tshisekedi has been nominated by Mr Kabila to perpetrate the Kabila regime. Because today the boss is Kabila,” Mr Fayulu said.

“Mr Kabila cannot stay and make an arrangement with someone who will not have any power… Mr Tshisekedi knows himself that he did not win.”

Mr Fayulu said he feared there would be violence if the electoral commission did not give the true figures “polling station by polling station” and that it was the right of all Congolese to demonstrate according to the law.

Has there been any violence?

Thousands of supporters of Mr Tshisekedi took to the streets to celebrate but those who backed Mr Fayulu also came out in protest.

Violent scenes were reported in Kikwit, where at least two policemen and two civilians were said to have been killed.

There were reports of several hundred students protesting against the result and being dispersed by tear gas in the town of Mbandaka.

Protests were also reported in Kisangani but the south, where Mr Tshisekedi has broad support, was mainly in celebration.

UN Secretary General Antonio Guterres has urged all sides “to refrain from violence” and widespread unrest has not yet been reported.

What was the result of the election?

According to the National Electoral Commission (Ceni), Mr Tshisekedi received 38.5% of the vote in the 30 December election.

The full results were:

Turnout was reported to be 48%.

How has the result been received?

Mr Tshisekedi hailed his victory, vowing to be “the president of all DR Congolese”.

His spokesman, Louis d’Or Ngalamulume, said there was “never any deal” with Mr Kabila.

Mr Kabila’s ruling party, whose candidate came a distant third, has not yet contested the result, although it did not rule out doing so.

Abroad, the response was a mix of appealing for calm and calling for clarification.

The African Union leader, Moussa Faki Mahamat, said any dispute should be “resolved peacefully, by turning to the relevant laws”.

The US hailed the “courageous” Congolese voters and called for a “clarification of questions which have been raised regarding the electoral count”.

The EU appealed for all parties to abstain from violence.

France did challenge the declared result, saying it was” not consistent with the true results”.

French Foreign Minister Jean-Yves Le Drian said: “On the face of it, Mr Fayulu was the leader coming out of these elections.” 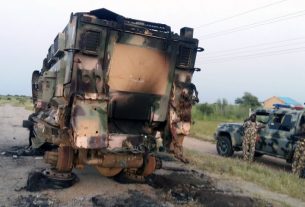 Nigerian military runs out of weapons, ammo and morale in fight against Islamic State 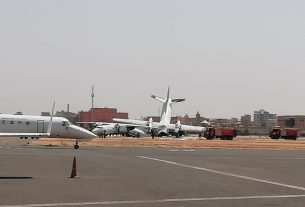 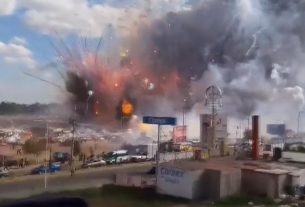