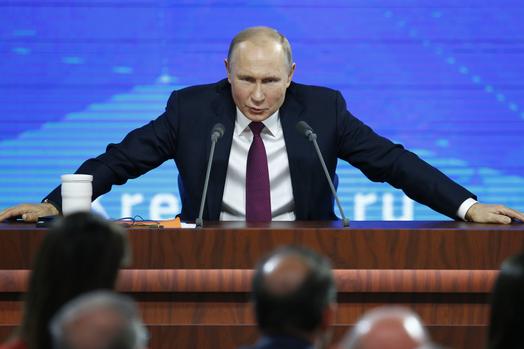 President Vladimir Putin on Thursday said the West was threatened by an increasingly powerful Russia, as he promised further economic growth during an end-of-year press conference.

The annual event comes after months of increasing discontent at home and tensions abroad, from a stand-off with Ukraine to deteriorating ties with Washington.

After being asked about Western sanctions against Russia, Putin said these were “connected with the growth of Russia’s power.”

“A powerful player appears who needs to be reckoned with. Until recently it was thought there was no longer such a country,” he said from behind a large wooden desk to an audience of hundreds of journalists.

The president dismissed spy scandals – such as the poisoning of former double agent Sergei Skripal and his daughter in England – as invented to damage Russia’s standing.

“If there hadn’t been the Skripals, they would have thought up something else,” he said.

He began the press conference, as usual, by reeling off economic growth figures.

“The main thing is that we need to get into a new economic league. We could very well take the fifth place in terms of size of economy. And I think we’ll do that,” he said.

Russia is currently ranking 12th in the world pecking order by the International Monetary Fund, which lists the United States first, followed by China, Japan, Germany and Britain.

Putin said the economy grew 1.7 percent over the first 10 months of the year, roughly in line with predictions, while unemployment was down. Full-year growth is estimated at 1.8 percent.

“After a long break, a small growth in real incomes has nonetheless been recorded,” he added.

Putin was re-elected to a fourth term in March with nearly 77 percent of the vote, but recent polls have seen his support drop below 50 percent. His previous term in the Kremlin was defined by a decline in living standards for many Russians, despite what were perceived as foreign policy wins.

During the wide-ranging question and answer session, Putin praised US President Donald Trump’s decision to pull troops out of Syria, but condemned his withdrawal from a Cold War arms agreement.

He warned of a “collapse of the international arms (control) system” following Washington’s announcement it would drop the Intermediate-Range Nuclear Forces agreement.

Earlier the president said Moscow would develop new missiles in response to the move.

Putin also addressed the recent escalation of tensions with Ukraine following a naval confrontation in the Kerch Strait off Crimea and Russia’s arrest of several Ukrainian sailors.

He repeated Kremlin claims that Ukrainian actions in the strait were a “provocation” and aimed at boosting President Petro Poroshenko’s chances in an unpredictable election next year.

The Kremlin demands questions be sent in advance, but reporters usually go t o great lengths every year to encourage the president to call on them.

This year one journalist was dressed as a Russian fairytale character, the snow maiden, while another came holding a tambourine.

Organisers, however, put a size limit on the placards media representatives traditionally hold up to attract Putin’s attention.

The appearance was shown live on several TV stations, with some channels trailing the event with a day-long countdown clock.

As Russia has become increasingly centralised under Putin, questions at the conference have begun to resemble lobbying attempts to resolve specific problems, from fixing roads to freeing political prisoners. 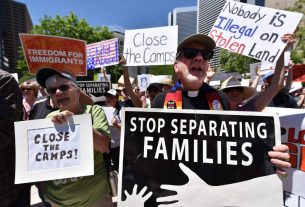 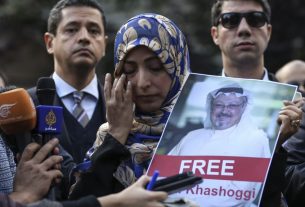 Missing Saudi Journalist Once a Voice of Reform in Kingdom 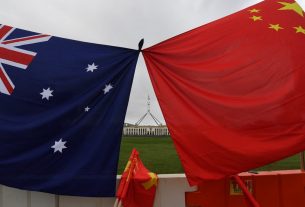