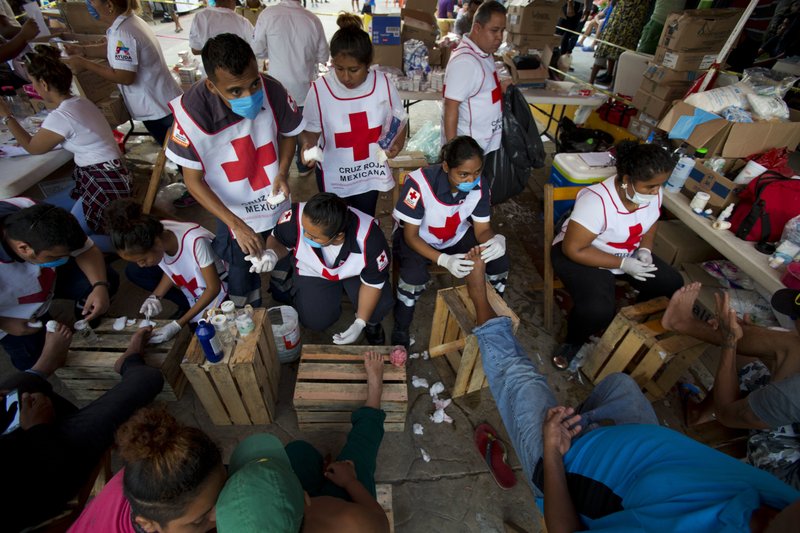 Tired, swollen and blistered feet are some of the biggest challenges that the thousands of Central American migrants  are facing while making their way through southern Mexico in hopes of starting new lives in the United States.

Three weeks of pounding their feet across highways every day takes a toll on them.

Some days are even more gruesome as they demand for treks of more than 100 miles (160 kilometers). Migrants eager to find strength in numbers must keep that pace to remain with the group. And they do so in cheap shoes which peel off at the end of each day.

Blisters are a common issue for migrant feet, young and old alike. Red Cross personnel at waystations bandage swollen feet or apply antiseptic to broken blisters. Children struggle as their wounds are treated. Flies gather on open sores. The risk of infection is high.

“These are extreme conditions,” says Ignacio Escotto, a Mexican vascular surgeon who specializes in treating extremities. Unrelenting contact with hot pavement will cause the feet to swell, he says, while dehydration and malnutrition wreak havoc on soft tissue. “At the end of the day, this articulation must be painful.”

Yet the migrants remain determined to reach the U.S. They grin and bear it as they limp along. Those who can no longer take it bow out of the caravan. The Mexican government says approximately 3,000 migrants have applied for refuge in Mexico in recent weeks and about 500 have asked for assistance to return to their countries of origin.

A large number of the total of about 4,000 migrants in the caravan have now covered more than 800 miles since they left Honduras on Oct. 13, hitching rides on flatbed trucks when possible and they face another more than 800-mile trek to the nearest U.S. border crossing. Demand has risen in recent days for buses to transport scores from the caravan to the Mexican capital, where the fatigued travelers hope to find respite and medical treatment. Those buses are yet to come.

Because of the large number of migrants who have disappeared in the state in recent years. It is not clear which part of the U.S. border they will aim for eventually, but their latest overnight stay in Veracruz could be one of their last before they head to Mexico City, a potential launching spot for a broader array of destinations.

Inspired by their progress and outpouring support from townspeople along the way, several smaller caravans of migrants have formed in Central America in recent weeks in an attempt to improve their odds of making it to the U.S. 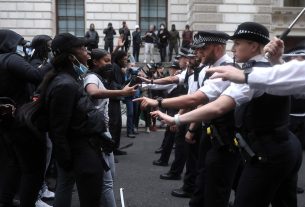 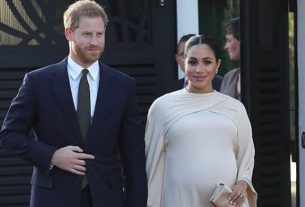 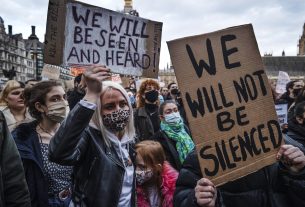 Clashes as protesters demand end to violence against women