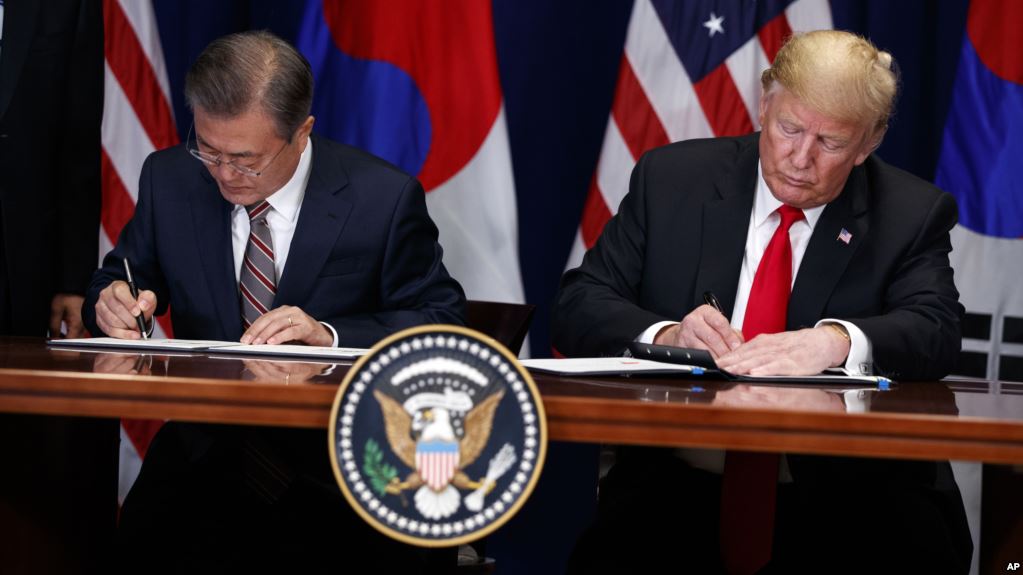 Trump called the signing “a historic milestone in trade” and “something that most people thought was not going to be happening.”

Moon who was aided by an interpreter, called the revision of the free trade agreement “significant, in the sense that it expands the ROK-U.S. alliance to the economic realm, as well.”

“With the swift conclusion of the negotiations for the revision, uncertainty surrounding our FTA (Free Trade Agreement) have been eliminated,” he said, adding that “as a result, companies from both countries will now be able to do business under more stable conditions.”

The new deal contains changes to the 2012 U.S.-South Korea free trade deal known as KORUS, which Washington and Seoul agreed to revise earlier in March this year.

The amendments have provisions to ease customs barriers for U.S. agricultural goods and pharmaceutical exports. It will increase the number of cars the U.S. can export to South Korea, from 25,000 to 50,000, without being subject to the country’s more stringent safety regulations.

Seoul also accepted a quota on its steel exports to the U.S. to avoid the tariffs Trump has imposed on other countries.

The new deal, however, does not include a currency agreement as  previously indicated by members of the Trump administration. 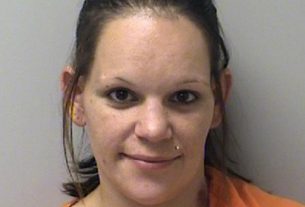 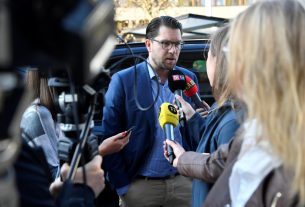 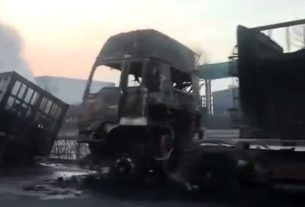 22 killed in a blast near China factory