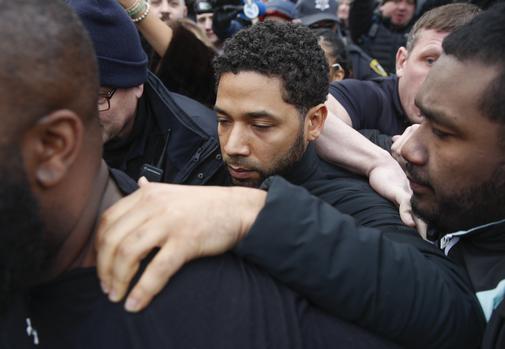 Actor Jussie Smollett paid two brothers to stage a racist and homophobic attack on him and pose as supporters of President Donald Trump because he was unhappy with his pay on the hip-hop TV drama “Empire,” Chicago’s police chief said on Thursday.

Smollett, who is black and openly gay, was arrested on Thursday and charged with lying to police about the supposed attack on Jan. 29. Chicago Police Superintendent Eddie Johnson was visibly angered as he condemned Smollett’s actions.

Police did not spell out how the 36-year-old actor hoped to boost his salary by staging such a hoax.

“Smollett took advantage of the pain and anger of racism to promote his career,” Johnson told a news conference, adding that the actor paid the brothers $3 500 to stage the supposed hate crime.

“This stunt was orchestrated by Smollett because he was dissatisfied with this salary. He concocted a story about being attacked,” Johnson said. “We gave him the benefit of the doubt.”

Police did not say how much Smollett is paid for his role on “Empire.” If convicted, he could face a prison sentence of one to three years.

A judge set bail at $100 000 and ordered Smollett to surrender his passport. The actor, who turned himself in early on Thursday, was released from jail after paying 10 percent of the bail amount as stipulated by the judge.

In court, Smollett wore a black jacket and stared at the prosecutor as she detailed the allegations against him.

A spokesman for Smollett’s lawyers, Todd Pugh and Victor Henderson, said in an email, “Once we are ready to make statement we will do so.” On Wednesday, the lawyers had said they were conducting a thorough investigation to form an aggressive defence.

Smollett had claimed that two masked men struck him and put a noose around his neck while shouting “This is MAGA country,” referring to Trump’s “Make America Great Again” slogan. It was initially reported that an unknown substance was poured over him, but Johnson on Thursday said that was unclear.

“@JussieSmollett – what about MAGA and the tens of millions of people you insulted with your racist and dangerous comments!? #MAGA,” Trump wrote on Twitter on Thursday.

The Smollett case touched off a furor in the United States as it tapped into increasingly heated political divisions since Trump’s 2016 election. Critics of the president have said his rhetoric has fuelled racism and violence, while his supporters say the press has been too quick to embrace any news that appears to cast Trump and his supporters in a bad light.

20th Century Fox Television, which airs “Empire” and on Wednesday said that Smollett “continues to be a consummate professional on set,” on Thursday said in a statement, “We are evaluating the situation and we are considering our options.” It also said it understands “the seriousness of the matter and we respect the legal process.”

Hollywood trade publication Variety reported that Smollett returned to the set of “Empire” – a drama about a music empire and a family dynasty – after being released by police on Thursday.

According to court papers filed in the sensational case, Smollett wrote the brothers a $3,500 personal check and gave them $100 to buy the rope, ski masks, gloves and red MAGA-style baseball caps that were used in the supposed attack.

Johnson told reporters that Smollett had first tried to gain attention by sending himself a threatening letter filled with “racial, homophobic and political language.”

“When that didn’t work, Smollett paid $3,500 to stage this attack and drag Chicago’s reputation through the mud,” the police chief said.

On February 13, police arrested the two brothers, who had been recognized from surveillance footage of the area where Smollett said the attack occurred. One of the two men had appeared with Smollett on “Empire,” according to police and their lawyer.

Prosecutors said one of the brothers had supplied Smollett with “designer drugs” in the past.

Near the end of the 48 hours in which police are allowed to detain potential suspects without charging them, the brothers “decided to confess to the entirety of what the plot was,” Johnson said. They became cooperating witnesses and were released two days later without charges.

Since the alleged attack, Smollett had received support on social media, including from several celebrities and Democratic presidential candidates. Others were sceptical of the incident, which Smollett said occurred around 2 a.m. on a Chicago street during one of the city’s coldest weeks in recent history.

In an interview with “Good Morning America” last week, Smollett said he was angry that some people questioned his story, and he suggested the disbelief might come from racial bias.

Johnson called for Smollett to apologise to the city and said he was worried that real victims might now be reluctant to come forward.

“My concern is that hate crimes will now be publicly met with a level of scepticism,” the police chief told reporters, adding that the city had bigger problems.

“I just wish that the families of gun violence in this city got this much attention,” he said. 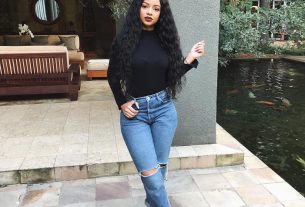 Mihlali responds to DM silencing her on #BLM movement 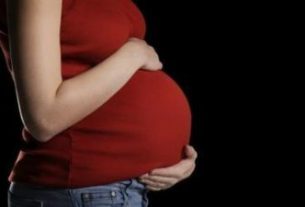