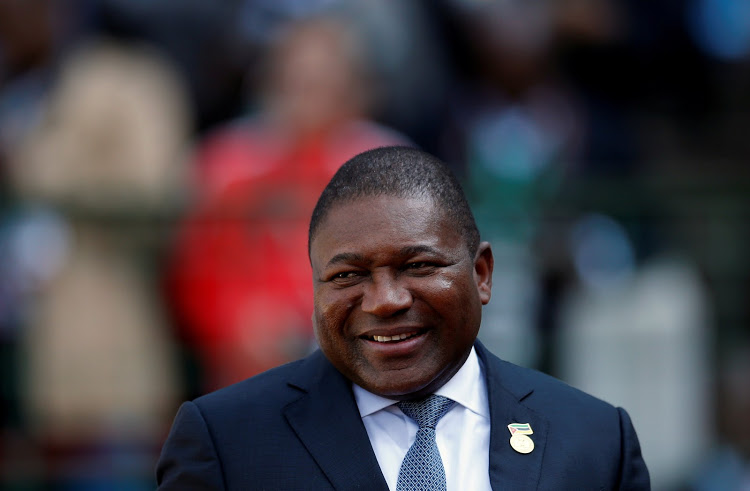 Islamist insurgents have resumed attacks in northern Mozambique after a cyclone last month, killing nearly two dozen villagers and torching homes in a mounting political threat in the run-up to a general election.

A shadowy jihadist group that has targeted Cabo Delgado province since October 2017 briefly halted attacks after Cyclone Kenneth made landfall on April 25, leaving 45 dead and 250,000 affected.

Relief teams and UN agencies were still searching for survivors and distributing aid when the islamists returned to action.

In less than a month, the insurgents have killed at least 22 people, wounded dozens more and burned hundreds of homes, according to a record kept by AFP.

The attacks have increased despite fresh police and military deployments as authorities struggle to prevent the insurgency disrupting voter registration ahead of presidential and legislative elections in October.

Islamist fighters have been attacking remote communities in the gas-rich, Muslim-majority northern region since October 2017.

But the group’s identity and motives remain unclear.

“The country is falling victim and we all need to understand the real reasons,” President Filipe Nyusi said last week in a rare interview with the privately-owned Canal de Mocambique newspaper.

“The defence and security forces are putting their whole resources into this, so we can learn (the insurgents’) motivation and who these people are.”

The government refuses to confirm details of attacks, but AFP tracked the violence via local sources.

On May 3, as communities were still reeling from the cyclone, gunmen stormed the village of Nacate, in Macomia district, killing six and setting fire to a dozen homes.

The following day, the nearby villages of Ntapuala and Banga-Vieja were attacked, with four people killed, including a teacher driving a motorcycle and three others who died in burned houses.

Hours later, the villages of Ida and Ipho, in the district of Meluco, were torched after local people fled to surrounding forests.

The pattern has been repeated through the month.

Attacks have often forced the temporary closure of voting registration stations, according to the Center for Public Integrity, a Maputo-based civil action group.

On May 10, insurgents targeted the road from the provincial capital Pemba to the coastal district of Palma, where a major gas extraction project is being built.

Armed with rifles, the insurgents ambushed vehicles and killed two people travelling in a public minibus — a new tactic in the wave of violence.

One day later, in the village of Mangoma, the attackers beheaded two people walking along a dirt road. A third person was tortured and sent to tell locals to abandon their villages.

“In the days that followed, there was a climate of terror and the voter registration was paralysed because the population had fled,” a local source said.

In another incident, gunmen opened fire on a funeral procession, killing two people as mourners ran for their lives.

After one attack, a professor said: “They shouted at us to leave the village, saying ‘We do not want anyone to live here. Why are you still here? Don’t you see that we’re at war?'”

Sheik Saide Habibe, a Muslim leader based in Maputo who has written an academic study of the insurgency, said little was still confirmed about the gunmen.

“It’s a small group that originally used rudimentary weapons. In conversations we have had with local people, they believe there are foreign elements among the attackers,” Habibe told AFP, referring to camps across the border in Tanzania.

“Mozambican nationals are involved for some adventure or as a means of survival.”

With over 200 people dead since late 2017, Habibe warned that the authorities seemed unable to quell the violence.

“The longer it takes, the harder it will be. Last week they beat up a Muslim leader who appeared publicly to condemn the attacks.”

The lucrative gas fields off Cabo Delgado add an extra dimension to the insurgency as international exploration companies have been caught up in the violence.

Convoys carrying contractors for the US giant Anadarko have been attacked at least twice, with two people killed in the latest incident this month.

The company told AFP that it does not believe it had been deliberately targeted.

“Is it because we are rich, or because there is wealth in Mozambique?” asked President Nyusi in his interview, saying religion may be only one reason to explain the attacks.

For local people, the run-up to October elections looks set to be increasingly dangerous.

“We flee to the city (of Mocimboa da Praia) but the government says we should go back to our communities,” Barnabe Samuel Mussa, 66, a community leader in the village of Mitumbate, told AFP.

“Our village has already been attacked twice. We have soldiers here in armoured cars, but we live in fear.” 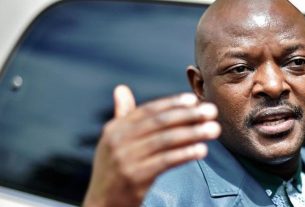 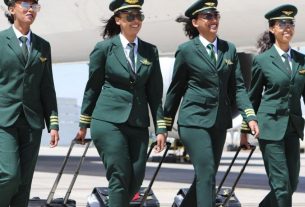 Ethiopian Airlines all – female crew is welcomed by Argentine president 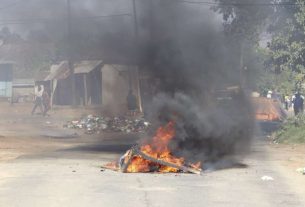