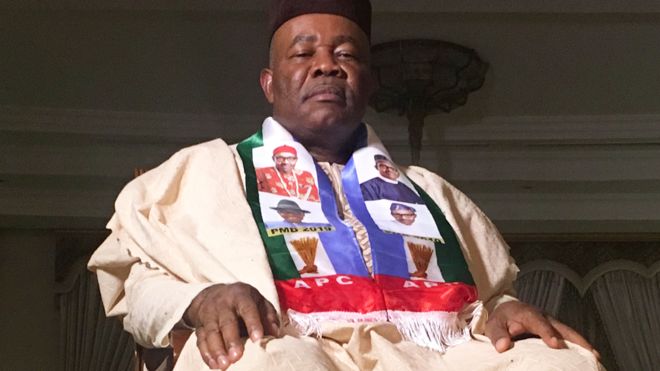 “Godfathers” in Nigerian politics don’t usually run for office themselves, but many believe they are the ones who decide the election winners and losers.

With campaigning well under way for general elections on 16 February, these are the men – and they invariably are men – who pull the strings behind the scenes.

They are political sponsors, who use money and influence to win support for their preferred candidates.

Their “godsons”, it is believed, are not always selected for their political acumen, but rather on their ability to repay and enrich their godfather.

These arrangements have spawned the term “godfatherism”, says Dr Dele Ashiru, a senior lecturer at the department of political science at the University of Lagos.

“It refers to a situation where there’s a big man who wields enormous political power and then anoints a godson, who he adopts as a candidate for the election.

“And the godfather will do all that is reasonably possible to get the godson appointed into political office.

“The godfather must be influential, most often they are, or were, a political office holder.”

When ‘godfatherism’ gets messy

In the southern state of Akwa Ibom, the country’s largest oil-producer, many people believe the main godfather is Godswill Akpabio, who holds a senate seat.

A former governor of the state, he still wields significant power in local politics.

So powerful in fact that his defection just a few months ago to the governing All Progressives Congress (APC) is seen as pivotal to the party’s hope of winning its first victory in the state since Nigeria’s return to democracy in 1999.

A hope reiterated by President Muhammadu Buhari when he chose Akwa Ibom to launch his campaign for re-election in December.

And Mr Akpabio certainly seems to deliver in numbers. During a recent rally I spoke to followers who said he would bring more than 300,000 voters over to the APC.

But Senator Akpabio denies he is a kingmaker: “If anyone wants to say that I am a godfather I want to disagree with them.

“The only time you could say I played a godfather-like role was in 2015. I nominated the current governor [of Akwa Ibom] and when I presented him to the people they supported him,” he told the BBC.

Yet a member of his own party says that 2015 victory was marred by violence and irregularities, orchestrated by Mr Akpabio.

Umana Okon Umana, who was aspiring to be governor at the time, has accused Mr Akpabio of using state resources, including security forces, to install his candidate.

He describes it as a situation where a godfather sits down with his wife “and writes down all who will contest the governorship elections… all the way down to the house of assembly positions.

“He writes these names before the primaries take place. And then if you’re not one of those candidates they make sure that you have no access to the venue [of the primaries].”

A Supreme Court ruling from 2015, however, declared the election in the state to be free and fair.

And the current governor, Udom Emmanuel. has refused to defect to the APC along with Mr Akpabio.

It goes to show that “godfatherism” can get messy.

Onofiok Luke, now the speaker of the Akwa Ibom State House of Assembly, was also one of Mr Akpabio’s former godsons.

A deeply religious man, he attributes his success in politics to God, but many would say he owes far more to his former godfather.

Previously a personal assistant to Mr Akpabio, he admits to having received financial support for his wedding and 40th birthday, and that Mr Akpabio “mentored’ him through his rise in politics.

However the relationship has soured and the Akwa Ibom parliamentary speaker, who says he was offered $5.5m (£4.2m) last year and the deputy governorship to switch parties, does not hold back about what he thinks his former boss is capable of.

“I have worked with him, and I know that he knows how to use state power.”

In a written response from his media team, Mr Akpabio denied all allegations against him, stating: “We understand that this is a season for campaigns and these wild and unsubstantiated allegations will be thrown about by opponents to gain political mileage.”

Battle of the hats

In a very different part of the country, the political future of the majority Muslim state of Kano in the north may also be defined by a larger-than-life godfather.

Kano has the second-biggest number of registered voters in the country, making it a key state for either of the two main parties to secure victory.

Rabiu Kwankwaso, a former governor, has built a loyal and dedicated following there, partly built through a free education programme implemented during his tenure. Whichever candidate gets his blessing is guaranteed a lot of voters.

He even has his own political fan club, known as the Kwankwasiyya movement, whose members are easily recognisable in their uniform of red caps and white gowns.

He is backing Abba Kabiru Yusuf, a candidate from the People’s Democratic Party (PDP), after falling out with a former ally.

On many campaign posters, Mr Kwankwaso’s image is larger than that of the PDP contender.

“In all the states you go today, especially in northern Nigeria, you’ll hardly get a house without a member of Kwankwasiyya, either the father or the mother or one of the children, or the worker in the house,” Mr Kwankwaso told the BBC.

In the last elections he successfully endorsed Abdullahi Ganduje, his former deputy for governor.

But since Mr Ganduje became governor, he has been locked in a bitter dispute with Mr Kwankwaso.

The feud is so fierce that for some time Mr Kwankwaso avoided the city of Kano where there has been an attempt to counter his popularity with the so-called Gandujiyya movement, whose members wear blue hats.

As godsons become political players in their own right, it is inevitable that they fall out with their godfathers.

Mr Ashiru says this is because in developing societies like Nigeria, the state is the most important source of revenue and wealth accumulation, which both will want to access to.

But it is also a question of ego, according to Emmanuel Onwubiko, from Human Rights Writers Association Of Nigeria.

“Some of the godfathers are not really out to get money, they just want respect, they want to be venerated if they come into the state; they want to be recognised as the most important person in that society,” he says.

For Mr Ashiru this is a key problem with godfatherism: “Godfather culture is more about the individual than the collective.

“Democracy is about the people, but here you have a few individuals across the country who take critical political decisions, particularly that have to do with the recruitment of public officers.

“So it goes without saying that such a system cannot make democracy thrive.”

All the politicians I spoke to shied away from the term “godfather” as it has become loaded – associated with bullish tactics and undemocratic practices.

And as godsons gain their confidence, it is not clear how much longer godfathers will be able to keep their hold on power.

For Mr Akpabio and Mr Kwankwaso, it will not be long before they find out if their influence is waning. 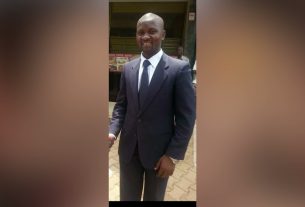 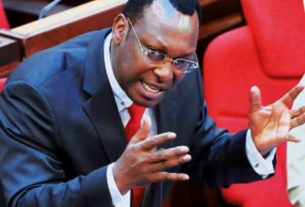 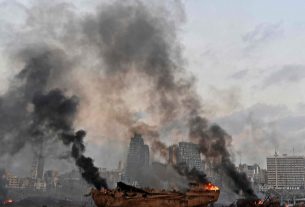