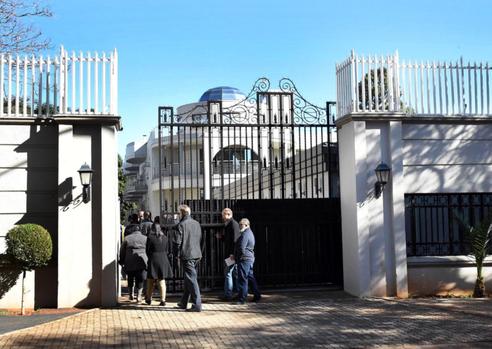 Last week South African bankers took time out of their busy schedules to tell us how they were co-opted into the state capture project. From Standard Bank and Absa to First National Bank and Nedbank, the country’s biggest lenders laid bare the machinations that took place at Luthuli House to try and force their hand into reopening the accounts of the Gupta family.

New names came to the fore with Mineral Resources Minister Gwede Mantashe to ANC economic policy head Enoch Godongwana making their debut in a long list of people who tried to pull strings for the Guptas.

The banks confirmed what we already knew, that the Guptas had a ready army of individuals in both the ruling party and the government to fight their battles when needed.

The family was privy to some of the country’s most sensitive information to enable it to strike back at anyone who threatened their existence.

Ditto Mosebenzi Zwane, erstwhile mineral resources minister and Gupta facilitator, who made the family a force to be reckoned with in the business world.

If the Gupta email leaks gave us an idea of how strategies to manage South Africa Incorporated were hatched at the Saxonwold compound, but implemented by elected officials at Union Buildings, then Judge Raymond Zondo’s commission is doing what Public Enterprises Minister Pravin Gordhan calls connecting the dots.

So while the bank’s testimony to the commission should indeed be applauded, its should not blind-sight us to the fact that there could have been many other people of influence who played a role and benefited from the state capture project.

The Guptas did not wake up one day and decided out of boredom that they needed to test their reach by targeting state institutions.

They started a long time ago and put in place an elaborate network that included other individuals to ensure that their adventure was solid.

It is highly improbable that they conducted all their shenanigans behind closed doors and only used hard cash to buy favours – as they tried with former finance minister Mcebisi Jonas, offering him an upfront deposit of R600 000 with a promise for a further R600 million if he helped them crack through the National Treasury.

Other people advised them on the intricacies of transaction structuring.

Yes, the Guptas may have had the cunning of the likes of Salim Essa and Garry Pita. But the two could not have been a match for the country’s banking industry which is respected globally, because it employs skilled individuals to keep its integrity beyond reproach.

It pays these skilled risk advisers handsomely to identify potential shortfalls in the system and protect it.

The Oakbay Resources transaction is particularly instructive. It had all the players and advisers beyond Zwane who strong-armed Glencore into selling its coal operations.

Zwane may have been the enabler, but he does not come across as someone with brains sophisticated enough to pull such a heist.

The recklessness at which the Estina dairy project was hijacked to finance the Sun City wedding just shows how he operates.

Someone beyond him must have been the kingpin.

Such a person, or persons, would have benefited hugely from the benevolence of the Gupta family.

It certainly would not have been Brian Molefe or Hlaudi Motsoeneng because they were only interested in flaunting their wealth in public, even when it was not compatible with the salaries and benefits that they received.

Even Anoj Singh was stupid enough to splurge R6 million in cash for a luxury home in the posh suburb of uMhlanga in Durban at a time when his banking accounts recorded a mysterious movement of R16m, then the banks should have acted.

He is today the subject of an investigation by the Hawks.

Our banks know other individuals who benefited. They alerted the Financial Intelligence Centre on 72 apparently suspicious transactions worth nearly R7 billion involving the Guptas and their companies.

It is true that the relationship between the banks and clients is confidential. But the monies that South Africa lost as a result is far too much to warrant such confidentiality.

It is pure theft.

In any event, the Financial Intelligence Centre Act (Fica) puts a responsibility on the financial institutions such as banks to assist in fighting crimes such as money laundering, tax evasion and terrorist financing activities. It says banks are legally bound to report any suspicious activities in their operations.

We have already seen auditing firms being forced to come out clean on their role in the capture of the state by the Guptas.

We have watched in utter disbelief as some of the country’s most credible accounting firms, such as McKinsey and KMPG, take a huge knock as a result of their involvement in the Gupta machinery.

UK public relations firm Bell Pottinger collapsed in the wake of its work for the Guptas with the use of the slogan “white monopoly capital”.

South African banks should now assist us in getting other heads to roll.

The Zondo Commission of Inquiry into State Capture is, after all, not only about how people in Luthuli House conducted themselves on behalf of the Guptas.

It is also about who else helped them to accomplish their mission.

If they fail to do so, they may be suspected of complicity in the state capture project, the same way that they are currently facing the wrath of the Competition Tribunal on currency manipulation. 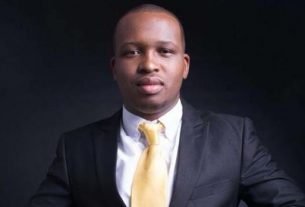 Doing business in Africa in 4IR: Time to change (FEATURE) 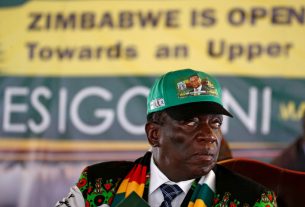