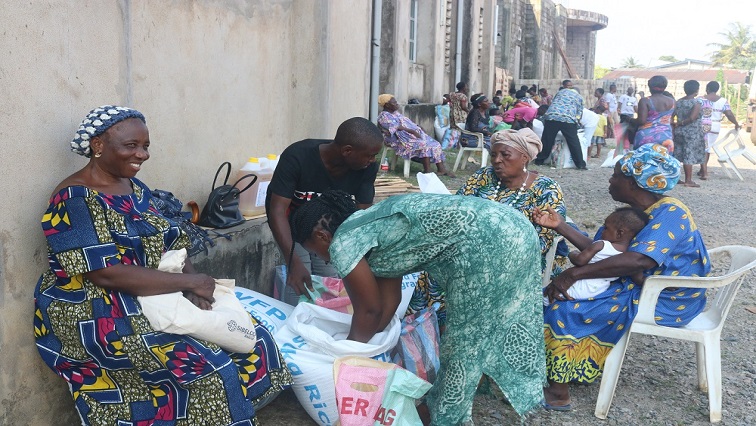 Fourteen-year-old Landa wakes up at 4 a.m. every day to wash dishes and scrub floors before feeding and dressing her boss’s children for school, which she is not allowed to attend.

She has worked as a live-in servant, unpaid, for a year in Cameroon’s commercial capital Douala since a separatist conflict forced her family to flee their hometown in the southwest.

Out of work and living with a cousin, Landa’s mother entrusted her to a wealthier couple who promised to send her to school in exchange for babysitting.

“I do everything. I do the dishes, the laundry. I wash the floors. I don’t sleep until everyone else is in bed,” said Landa, whose name has been changed for her protection.

It is a world away from flying planes or delivering babies -the jobs Landa had dreamt would be hers after finishing school.

She is one of thousands of children uprooted by fighting in Cameroon’s two western Anglophone regions, where a movement for independence from the majority Francophone country turned violent in 2017.

It was already common for girls from the English-speaking regions, whose population has long felt marginalised, to work as maids in the country’s two main cities, Douala and Yaounde.

But the conflict has forced more children into work and left them vulnerable to slave-like conditions as thousands of schools shut and families fight poverty, said local human rights groups.

The government denied this, saying many displaced children had been welcomed by host families and enrolled in school in Douala, Yaounde and other cities, and that mistreatment of domestic workers was not a problem in Cameroon.

“Cameroon is a country of rights where this type of practice, if it existed, would be severely punished under our law,” said the communications ministry in a statement.

One activist estimated that hundreds of girls from the conflict zone, at the very least, were trapped in domestic servitude in the major cities.

“Most often they promise the parents to educate their daughters, to take care of them and give them a better future, “said Thomas Ngoh Mudoh, president of the Human Rights Defence Club, a national non-governmental organisation.

“But 95% of the time, this is not the case. These young girls, innocent and manipulable, become domestic slaves,” he said.

The girls often work without rest and some are raped or beaten, he said. If they are paid, it is often with rice, saltor oil that is sent to their families in the conflict zone.

Young boys who have fled the conflict also work, sometimes on construction sites or collecting plastic bottles; others are left to fend for themselves on the streets, locals said.

The crisis has forced half a million people to flee their homes and left 1.3 million in need of aid, according to the U.N. Office for the Coordination of Humanitarian Affairs (OCHA).

The separatists have also closed schools as part of their protests and been accused of kidnapping dozens of children.

Landa attended school in the department of Manyu until two years ago, when clashes between separatists and the army reached her town. She fled with her family as houses burned.

They were barely getting by, living seven to a room, when Landa’s mother fell sick and their desperation grew.

The job offer meant one less child to feed.

“My mother accepted. I wasn’t going to school anyway and my boss promised to send me later,” Landa said.

Landa’s boss, who owns two clothing shops, told the ThomsonReuters Foundation that she would send her to school next year.

“This year I couldn’t because the children were very sick and there was no money,” she said.

But the family recently bought a new car and repainted their apartment, said Landa, who wants to finish her studies. Before the conflict, she had dreamed of becoming a pilot or a midwife.

Other girls and parents of girls who had left home considered servitude an acceptable price to pay for safety.

“Being employed in a house is better than anything. I don’t hear shooting and cries anymore,” said Katia, 18, who fled the northwest region for Yaounde last year.

She is scolded and humiliated at work and earns just 5,000CFA francs ($8.60) a month, she said, but her boss also feeds her and gives her old clothes.

“At least there, they are in houses,” said a beautician with relatives who had gone to the cities to work as maids.

“Even if they are mistreated, it’s not serious. It’s the school of life,” she said from her home town of Buea, in the southwest region.

“WE ARE THE SLAVES “For many girls, the alternative to housework is prostitution, said victims, families and activists.The government said these reports were unfounded. At nightfall, in the Bonaberi quarter of Douala, the bars are full of girls, many with childlike faces.

“The prostitution rate has risen. We find many young Anglophone girls having fled the crisis who were left to themselves with no money, no resources,” said Bibiana Mbuh Taku,co-founder of a women’s empowerment association called Otabong.

Taku tries to source donations for the girls’ schooling, but said it is difficult; even in her educated circle, she said, friends were regularly seeking young girls to do housework.

“I explain to them that it’s slavery. They must understand a child’s place is in school, not in the home,” she said.

Felicity, 15, earns 10,000 CFA francs a month working as a housekeeper which she sends to her mother and younger brothers taking refuge in Douala. Her sister, 17, works the streets.

“It’s hard. They threaten me and I work a lot. One time Ieven passed out because I didn’t have time to eat,” she said, ona rare Sunday break when she was given four hours off to visit her mother in the outskirts of Douala.

Her mother, 53 and divorced, said she never wanted this outcome for her daughters but that they had fled their home in the southwest with nothing and had no other means to eat.

“Because of the Anglophone crisis, I am a ‘maid’ and my big sister sells herself,” said Felicity. “We are the slaves of this dirty war.” 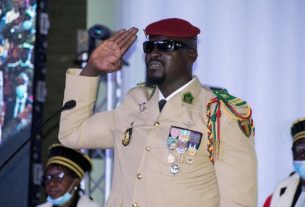 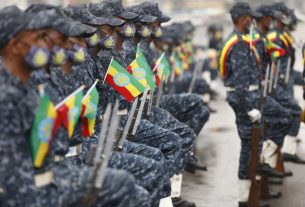 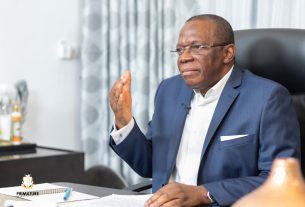