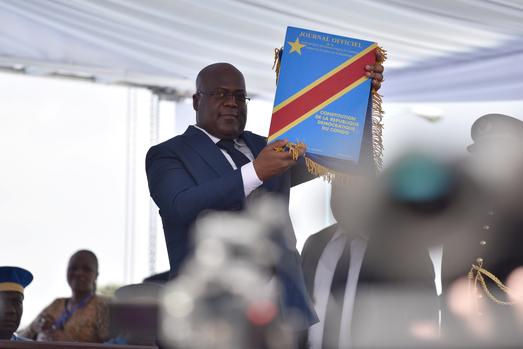 The Democratic Republic of the Congo’s (DRC) main opposition leader, Martin Fayulu, has called on his supporters to embrace what he calls “peaceful resistance”.

During a rally on Sunday, in the capital Kinshasa he urged them to take action against what he previously described as an electoral coup when Felix Tshisekedi was announced the winner of the presidential poll on January 10, Al Jazeera reported.

Fayula believes Tshisekedi colluded with former President Joseph Kabila to steal December’s election, an assertion backed by the DRC’s powerful Catholic Church which had 40,000 independent observers at polling stations across the country.

Polling data by Congo’s BERCI and France’s IPSOS for the Congo Research Group (CRG) in December also pointed to a solid and statistically robust victory by Fayulu.

However, the fact that elections were even held following years of prevarication by Kabila – who repeatedly delayed evacuating the presidential office after 18-years in power and his official term ending in 2016, despite the political violence this provoked – provides some cause for hope says analyst Aditi Lalbahadur.

In an article written by Lalbahadur and titled “The Road Ahead for the DRC”, which was published in Project Syndicate and rerun by the South African Institute for International Affairs, this hope, however, should be measured against the long, perilous and frustrating transitional phase ahead now facing the country.

“Tshisekedi has a long road ahead of him. Central Africa’s giant holds the continent’s richest mineral wealth. Yet, having suffered war and violence for most of its history, its economy remains woefully underdeveloped and its people impoverished,” observes Lalbahadur.

Throughout Joseph Kabila’s 18-year rule, the DRC has remained fragile, owing to persistent, protracted conflict in the country’s eastern regions and elsewhere, as well as rampant corruption and looting of state assets.

Little has changed for the better for the  ordinary Congolese national – 80% of whom live on less than US$1.25 a day.

In addition to the challenges of poverty, neglect, war, and corruption there are other challenges Tshisikedi has to overcome.

Lalbahadur remains unconvinced that Fayula’s supporters will follow his directive for them to protest the election results peacefully and warns that the risk of violence is high.

This threat is exacerbated by the fact that two political heavyweights barred from the election, Jean-Pierre Bemba and Moïse Katumbi, are backing Fayula.

Their support further strengthens Fayula’s call for protests while simultaneously exacerbating the anger of opposition supporters who perceive that the election was stolen from them.

Without an outright victory, it is vital for Tshisekedi to solicit the support and collaboration of the broader opposition in order to strengthen his position and reduce the risk of unrest, argues Lalbahadur.

“An even more difficult task for Tshisekedi, if he is to manage a peaceful transition and stay alive long enough to lead the country, may be to secure the acquiescence of Kabila’s regime.”

The militarisation that has characterised Congolese politics remains so Tshisekedi needs to secure the support of generals while negotiating an exit strategy for Kabila and his cronies.

“The new president will also have to reach out to the region’s leaders in order to secure the political transition. With the eastern DRC experiencing ongoing violence involving Rwandan, Burundian, and Ugandan forces, as well as rebel forces opposing those countries’ regimes, the cooperation of Presidents Paul Kagame of Rwanda, Pierre Nkurunziza of Burundi, and Yoweri Museveni of Uganda remain crucial,” said Lalbahadur.

And South Africa, which together with Angola enjoys close relations with the DRC, can now play a major role in ensuring regional stability following the beginning of its tenure with the UN Security Council (UNSC) at the beginning of February.

The DRC is a high priority for the UNSC through the deployment of forces under the umbrella of MONUSCO (the United Nations Organisation Stabilisation Mission in the Democratic Republic of the Congo). 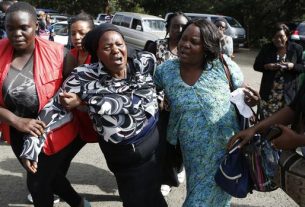 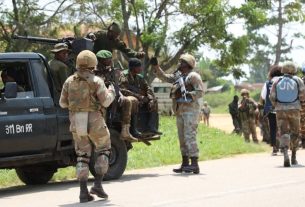