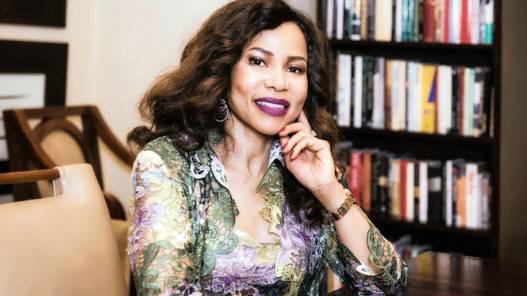 There are evident flaws in our methods of addressing gender equality. The latest World Economic Forum (WEF) Gender Gap Report has revealed widening inequality around the world.

It is now estimated that, at the current pace, it will take 135 years in sub-Saharan Africa, and 108 years globally, before gender parity across all indicators is achieved. This timeline for sub-Saharan Africa has grown by 33 years compared to 2017 statistics.

While access to education and healthcare for women and girls has improved significantly, the decline in parity is most noticeable in the low rates of economic inclusion and political participation.

At the Motsepe Foundation Sustainable Development Goal (SDG) Breakfast, held at the Hyatt Hotel during Global Citizen Week, Professor Thuli Madonsela asserted that “despite all the investments made into poverty and inequality, poverty keeps growing and inequality is growing, because both of them work exponentially.

“Poverty works like debt. If you reduce your debt in small instalments, it increases rather than decreases”. This can explain why our efforts have not been enough to curb inequality.

At the recent WEF gathering, held in Davos, 22 percent of the attendees were women. While this figure has increased gradually over the years, this year’s summit marked the first ever discussion with all-women panellists. The Leadership at a Tipping Point panel provided a necessary platform for women leaders to share their experiences and solutions.

Carolyn Tastad of Procter & Gamble spoke about equality-based policies for the home and workplace. While maternity leave is considered an employment benefit, used to exercise competitiveness among the private sector, Tastad believes that parental leave should become a generally accepted employment practice.

Another significant theme was the positioning of role-models. All the women agreed that the reception they received from girls, once they had been promoted to leadership, was overwhelmingly positive. For girls to aspire towards diverse career paths and grow their enthusiasm for subjects such as STEM, seeing more women represented is imperative.

These positive role-models, for women, can also be in the form of a man. Canadian Prime Minister Justin Trudeau and Colombian President Iván Duque Márquez are politicians who have made stringent efforts to ensure gender-equal cabinets.

Both leaders consider their role as one that incentivises the private sector to create a gender-equal society. They educate people on the value of women in leadership. The process of facilitating more women into politics is slow and uncomfortable because building empathy is the foundation for successful diversity.

From a local context, Maria Ramos’s resignation as chief executive of the Absa Group has reignited conversation around senior-level diversity within the JSE and wider private sector. The 30 percent Club analysed JSE-listed companies’ board diversity and found that of the 217 companies with reported gender statistics, only 37 companies achieved gender-parity targets.

The implementation of targets, which impose guidelines for women’s participation, is considered a quick fix for many organisations. Women are promoted based on public relations management, without real agency and decision-making power.

The disadvantage of quotas is that they often do not limit the number of men who are able to reach the highest levels of authority, which maintains a status quo of male leadership as more effective. There is a notion of women having low confidence and self-esteem, which an internal study conducted by Hewlett-Packard discredited. It was found that men apply for roles when they meet at least 60 percent of the overall criteria, while women apply only when they meet 100 percent of the required qualifications.

Despite women being adequately equipped for senior roles, their applications remain excluded.

This exclusion also occurs within the financial sector, despite figures showing that women pay back 98 percent of their loans.

In a joint study conducted by HBS, Wharton and MIT Sloan, investors were shown to prefer the entrepreneurial pitches of 68 percent of men, compared to 32 percent of women who pitched identical ideas. The study suggests that male-narrated pitches are regarded as more persuasive, logical and fact-based than the same pitches brought forward by women.

We cannot ignore the result of women’s exclusion from finance. Femicide and harassment are exacerbated by a lack of economic power. The momentum of the #MeToo and #TotalShutDown movements should not deter men from hiring or mentoring women or engaging in discussion. Women’s movements are about facilitating dialogue between genders, in all spaces, for us to identify areas of transformation together.

The integration of women into leadership and the formal economy will not be successful unless the power dynamics of gender are understood by all. When we advocate for women leadership, we do not promote women as better leaders than men. Instead, we acknowledge that leadership is not an innate characteristic based on gender.

With the Fourth Industrial Revolution and automation dominating discussions of the future, we are searching for modern value in humanness. Until now, productivity has been linked to the amount of goods produced and services offered.

As technology gets smarter, our manpowered production lines are being replaced by more efficient algorithms and robotics. The task now is to dedicate our productivity to solving social problems.

This requires a multitude of perspectives and a range of insights. We have the opportunity to create new career paths that value all-encompassing skill-sets, including soft skills and flexibility.

Maria Ramos was instrumental to bringing awareness around the lack of diversity in the workplace. She serves as a role-model for a future where leaders can be women or men, from different racial groups and heritage.

Going forward, the need for diverse representation and expertise-driven appointments should be our focus. What we must recognise is that there is no quick fix to gender inequality – it is a long-term commitment that requires consistent collaboration in creating an environment that facilitates the equal involvement of women. 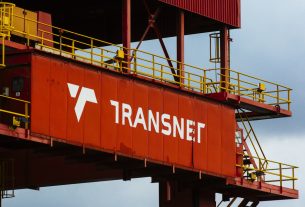 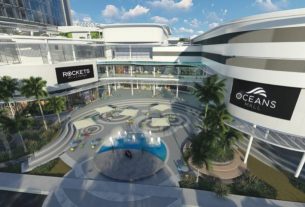 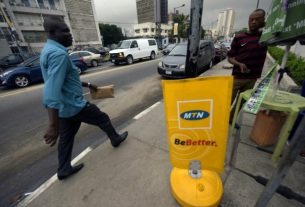